Edit me
Note: We recommend going through the tutorial in Get started before running this case.

The following is an aerodynamic shape optimization case for the Onera M6 wing in transonic conditions. 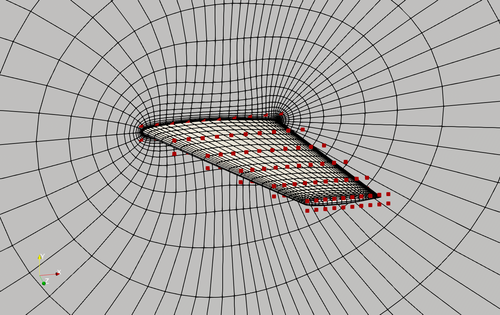 Fig. 1. Mesh and FFD points for the Onera M6 wing.

The “runScript.py” is based on the one used in the NACA0012 transonic case with the following modifications:

To run this case, first download tutorials and untar it. Then go to tutorials-main/Onera_M6_Wing and run the “preProcessing.sh” script to generate the mesh:

The above script will generate a structured hex mesh using pyHyp. Alternatively, you can generate an unstructured snappy hex mesh by calling:

Then, use the following command to run the optimization with 8 CPU cores:

The evolution of pressure and shape during the optimization is as follows.

Fig. 2. Pressure and shape evolution during the optimization process